All Collections
Posting an idea
Tagging other people in ideas

Tagging other people in ideas

Written by Jonny Fisher
Updated over a week ago

When you post an idea, sometimes it can be useful to bring other people into the idea. To do this, you can @mention other people within your community directly when you're posting an idea.

Just type the @ symbol, followed by the first few letter of the user's name you want to tag. A drop down will appear, enabling you to select the user: 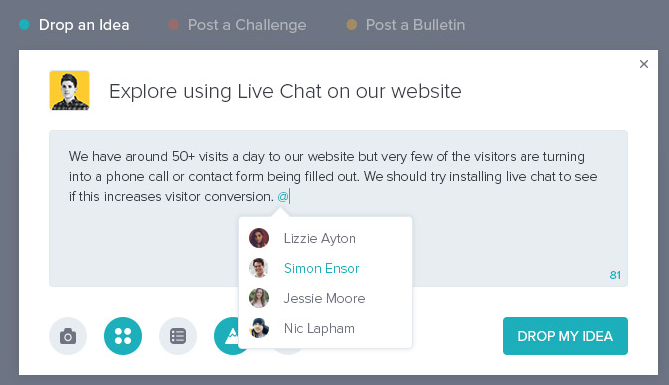 Once you've selected the user, this then adds them to the idea. You can then @mention other people too.

Once you've posted you idea, any people you've tagged will receive an in-app notification, to alert them that you've mentioned them in your idea.