How do I edit or change the status of an idea?

Written by Owen Hunnam
Updated over a week ago

Statuses are controlled and set by an Organisation Admin and allow you to move an idea to the next stage or action an idea once it's been implemented.

Statuses are designed to adapt to your business needs, we initially have 4 idea statuses pre-set but you're able to add, edit or delete the Idea Status via the settings page: 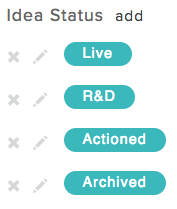 Edge Score:
When you create a new status, there is an option to determine the 'edge score' – this is the weighting applied to the status in the ranking in the home feed, with 10 being the highest importance, 0 being the lowest. So if, for instance, you changed the status of an idea, and that status had an edge score of 10, you are prioritising the display of that idea in the feed, as it will rank higher. 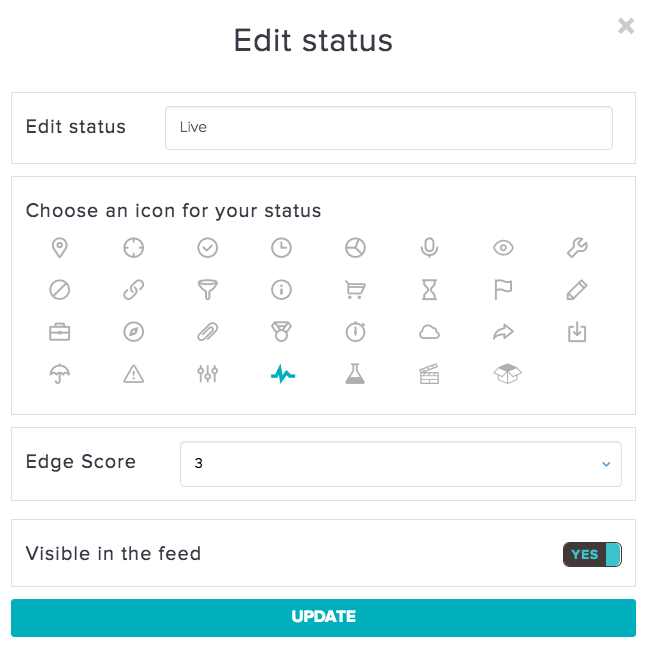 Changing the Status of an Idea: 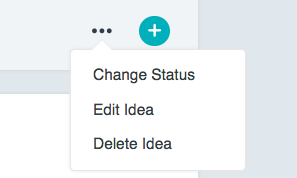 Changing the status of an idea comes in handy when exporting reports, it's a good way to manage the idea flow from capturing to actioning an idea.